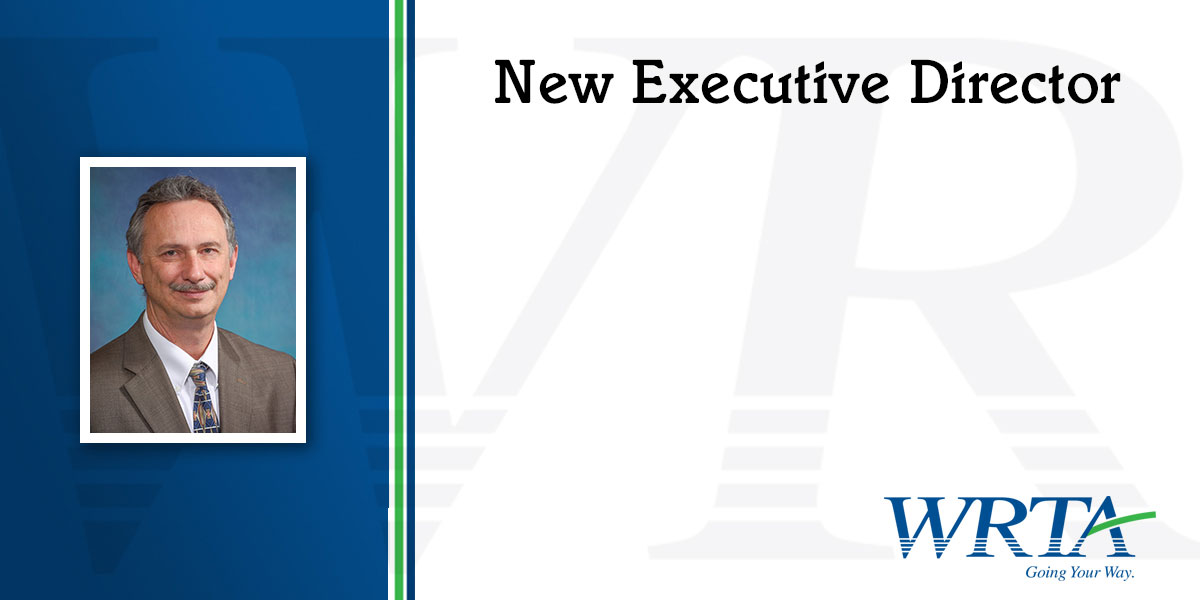 There were 27 applicants for the WRTA Executive Director position. Seven were selected from this group, and three were interviewed by the Board of Trustees.

Mr. Harris previously served as Director of Finance and Assistant Secretary-Treasurer for the METRO Regional Transit Authority of Akron, a position he held from June 1997 to January 2017. He first joined Akron METRO in 1989, and also served as a Financial Administrator, Inventory/Quality Control Manager and Accountant. Since February 2017, Mr. Harris has been a Senior Financial Specialist for the Ohio Transit Risk Pool.

He is a Certified Public Accountant and holds a B.S. in Accounting from the University of Akron. Mr. Harris is currently the Treasurer of Leadership Medina County, and previously served as a board member of the Medina County Port Authority and Treasurer of Citizens for Public Transportation. He received the Leonard Ronis Transit Person of the Year Award in 2017.

Mr. Harris began his tenure as Executive Director on October 17.